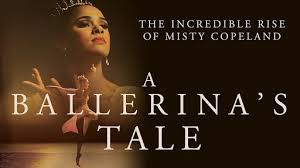 A feature documentary on African American ballerina Misty Copeland that examines her prodigious rise, her potentially career ending injury alongside themes of race and body image in the elite ballet world.

About Avalon’s Cinema Classroom: A free program for 6th-12th grade classes, Cinema Classroom at the Avalon engages students in critical issues through screenings and expert-guided discussions. Our 2018-19 program includes five outstanding films sharing inspirational stories of individuals from around the world whose powerful actions have advanced human rights and social justice. 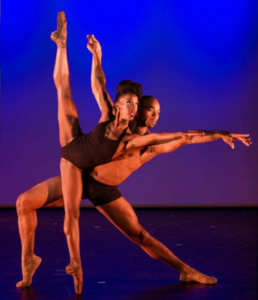 Collage Dance Collective works to inspire the growth of ballet by showcasing a repertoire of relevant choreography and world-class dancers representative of our community.

Founded in New York City and officially incorporated in 2006, Collage Dance Collec­tive received rave reviews for its 2007 national debut at the Lyric Opera House in Kansas City, Missouri. The performance was made possible, in part, by a gener­ous grant from the Muriel McBrien Kauffman Founda­tion, through one of the largest awards ever given to an out-of-state dance company.

The company relocated to Memphis in 2007 to take part in the city’s exciting artistic renaissance and to fulfill its mission of extending the reach of outstanding classical ballet training. Since its move, the professional company has presented seven full-length seasons in Memphis with annual spring, fall and winter concerts. Committed to reaching non-traditional bal­let audiences, approximately 50% of attendees state that they have never attended a ballet performance. 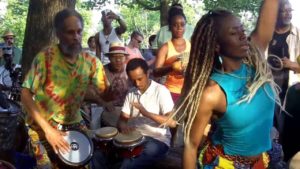 The Malcolm X Drummers and Dancers are a group of tremendously talented artists that grew out of the cultural experience demonstrated at Malcolm X Park and is founded by Doc Powell. Drummers from all walks of life, and from every level of drumming abilities, other musicians of all varieties, and spectators of all nationalities and ages, come together and create a wonderful expression of creative energies. From this setting, arose a group of performing artists called the Malcolm X Drummers and Dancers. 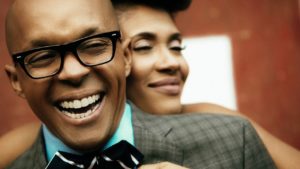 A husband.  A wife.  An astonishing debut.

The Baylor Project featuring Jean Baylor and Marcus Baylor highly anticipated collaboration is steeped in the heart and soul of Jazz.  As the children of Pastors, Marcus and Jean’s musical roots were planted deep within the church, and it was there that the road was paved for the influence of gospel, blues, soul, and jazz to make it’s mark. Their debut CD “The Journey”, released on their own label, Be A Light, topped the Billboard Jazz Chart at Number 8.

2 GRAMMY® Nominations for BEST JAZZ VOCAL ALBUM and BEST TRADITIONAL R&B PERFORMANCE, solidifying       The Baylor Project as an undeniable force.  As you listen to “The Baylor Project,” you will be taken on an eclectic musical journey that showcases as much versatility as it does virtuosity. 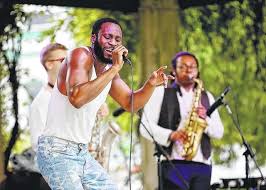 Mwenso and the Shakes are a unique troupe of global artists who present music that merges the highest form of entertainment and artistry while commanding a formidable timeline of jazz and blues expression through African and Afro American music. Immigrating from Sierra Leone, London, South Africa, Greenwich Village, Madagascar, France, Jamaica, and Hawaii the Shakes all now call Harlem their home.  Taking from the stylings of Fats Waller, Muddy Waters, James Brown and many other American musical legends – Michael Mwenso leads an electrifying show the New York Times calls “intense, prowling, and ebullient.” 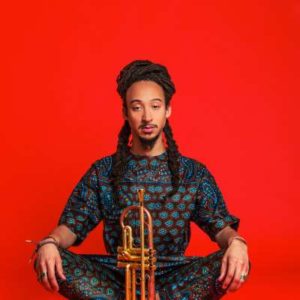 Theo Croker’s 2016 release “Escape Velocity” is ranked the #1 Jazz Album in the UK by Echoes Magazine. The accolades continue worldwide with iTunes (Global), The Observer (US) and others naming the album as one of the Top Jazz albums of 2016. With a global spotlight release on iTunes and Amazon, now over 1.5 million cumulative streams on Spotify, and nearly 1 million streams for the track “No Escape from Bliss” it is clear that listeners agree. Upon the album’s release, The Wall Street Journal heralded the album as “ timeless and of-the moment”. His live performances, the Huffington Post lauded Croker’s band DVRKFUNK, saying they were “a tight front line that weave in serpentine precision and are backed by a powerful rhythm section that pushes the groove.”

Croker recently lent his inimitable talents as composer, arranger and musician to J. Cole’s latest release on title track “4 Your Eyez Only”, as well as “For Whom the Bell Tolls” and “Ville Mentality”. He is also featured on Common’s newest album, “Black America Again.” As the grandson of the late trumpeter Doc Cheatham, and former student of legendary jazz trumpeter Donald Byrd, trumpeter Theo Croker is an artist steeped in jazz tradition. Well-versed in the swing, bop, and modal styles of acoustic jazz, Croker’s own music reveals a love of organic funk, soul, and gooey, groove-oriented hip-hop.

Community programming featuring pop-up performances throughout the Congress Heights neighborhood THEARC serves. The Arts4ALL initiative is an engagement to support access to arts and culture in the community which will connect with East of the River organizations and community members through performances, access to pay-what-you-can tickets, and connection with THEARC partners who will also produce arts experiences to contribute to the rich arts & culture landscape in the community.