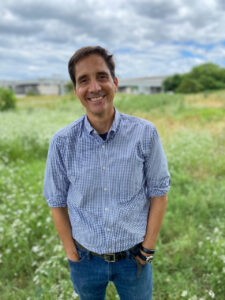 For the last ten years, Scott  has been working with the Ward 8 based non-profit Building Bridges Across the River and the Washington D.C. city government to transform an old freeway bridge into a park above the Anacostia River. The old 11th Street Bridges that connect Capitol Hill with communities east of the river have reached the end of their lifespan,  Scott is working with the community to use the base of one of the bridges to create a one of a kind civic space supporting active recreation, environmental education and the arts.

Scott is a resident of Barrack’s Row and has lived in Washington D.C. for the last 16+ years. He has worked in the education field for twenty+ years and began his career teaching at Kidspace, a children’s museum in Pasadena, California and later as the Associate Director of the Institute for the Study of the American West at the Autry National Center in Los Angeles, CA. While at the Autry, he supervised a staff that planned and implemented programs including theater, film, music, festivals, family programs, lecture series, and academic symposia. Most recently, he was the Vice President for Education at the National Building Museum in Washington D.C. Scott is honored to serve on the board of the Anacostia Coordinating Council and the Anacostia Business Improvement District. 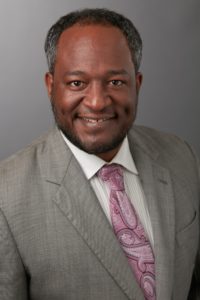 Vaughn Perry is the Director of Equity. His role is to oversee and implement the deliverables for the Equitable Development Plan.  A D.C. native, Vaughn has been a resident and homeowner in Ward 8 for over 16 years. Vaughn’s research interests focus on ecojustice pedagogies, community engagement and green job/skill development.

Previously, Vaughn worked for the Anacostia Watershed Society, where he led the National Capital Region – Watershed Stewards Academy providing community leaders with the resources to serve as a point in their community on storm water issues. Vaughn holds a Bachelor’s degree in IT from Strayer University and a Master’s Degree in Project Management from George Washington University. 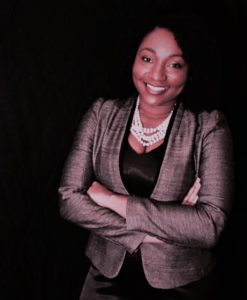 As a third generation Washingtonian, she is passionate about creating greater economic opportunity through inclusive development and having resources that allow current residents east of the river to live in healthy and vibrant communities. She is excited to work to implement placekeeping initiatives.

Jessica has served on the National Capital Region Transportation Planning Board Citizen Advisory Committee of the Metropolitan Washington Council of Governments and the community organization River East Emerging Leaders. Previously, Jessica worked with the Golden Triangle Business Improvement District as the Placemaking and Events Manager, she promoted economic growth and sustainability initiatives through programming and advocated for the needs of the community and local businesses. In addition, Jessica has worked as a consultant with non-profits & the Department of Transportation. Jessica holds a Bachelor’s Degree in Journalism with minors in Spanish and Psychology from The Pennsylvania State University and a Master’s Degree in Legislative Affairs from George Washington University. 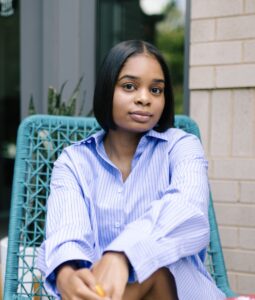 Ms. Johnson has made it her mission to create spaces for critical discourse that focuses on cultivating communities and evoking continuous positive outcomes within Ward 8. The opportunity to serve as the Equitable Development Manager is a full-circle experience for Ms. Johnson as it aligns with her guiding principles and professional ethos.Her journey to equitable outcomes and expanding accessibility began at THEARC. Her mission stems from her involvement and work within the community of Washington D.C. She became involved and connected to many outreach programs as a volunteer, servicing the Southeast community of Washington, District of Columbia.

Much of Ms. Johnson’s work has been centered around filling those gaps by teaching the importance of conversations within communities. Her commitment has been unwavering since.   Being able to serve the community in a larger capacity is the most rewarding attribute of this opportunity. Ms. Johnson is excited to maintain all aspects that have been successful within the …Community and look forward to supporting the community and all stakeholders alike. Within her previous roles, Ms. Johnson has 10 years of experience as a project manager with a  track record in leading the design and execution of programs, and partnerships within non-profit organizations within the education sector. She has served on the board of George Mason University as Student Alumni Representative where she advocated for equitable curriculums for the BIPOC scholars within graduate programs.

Ms. Johnson gained her Bachelor’s in Communication from Trinity Washington University and a Master’s Degree in Conflict Analysis & Resolution with a minor in Inclusive Conflict Engagement from George Mason University.

Kia Johnson is cultivating the community one conversation at a time. 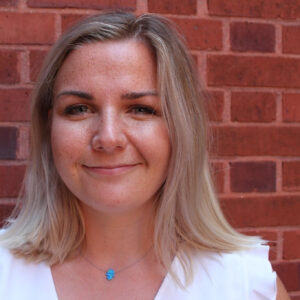 Anna–Jane serves as the Grant & Project Manager at the 11th Street Bridge Park. In her role, she leads funding opportunities for the Bridge Park’s general operating, programmatic, equitable development, and capital campaign efforts. In addition, Anna–Jane heads the Bridge Park’s individual fundraising appeals and stewardship, designing and implementing the annual Give11 campaign in collaboration with fellow team members.

Anna–Jane has a passion for people, which has guided her through her university, across the globe, and into a role in the nonprofit sector. After graduating from Appalachian State’s Honors College with a degree in Public Relations, Anna–Jane earned a Development role with the Cancer Support Community (CSC). In her role as a Development Manager, Anna–Jane focused on fostering trusted relationships with donors in order to expand and elevate CSC’s mission across the globe. She was also appointed to the organization’s first diversity, equity, and inclusion task force where she conducted a rigorous introductory audit on the employee experience at CSC.

Outside of her workday, Anna–Jane spends her time advocating for better public transportation and bike lanes and her weekends walking every street in Washington, DC. 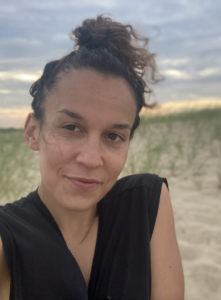 Nicole King is the Capital Campaign Coordinator for the 11th Street Bridge Park. Her role is to conduct prospect research on potential Capital Campaign donors, organize donor engagement events, and coordinate donor correspondence. In her previous experience, Nicole was a presidential Field Organizer in Ames, IA and a Voter Protection coordinator for the New Hampshire Democratic Party. She is passionate about ensuring communities have equal access to services and resources. With a Bachelor’s Degree in Urban Studies from Brown University, Nicole is excited to work on a project that will bridge the gap between historically divided communities through green recreation, inclusive programming, and small business revitalization. A new DC resident of a little over a year, she enjoys going to live music, buying new plants, and traveling. 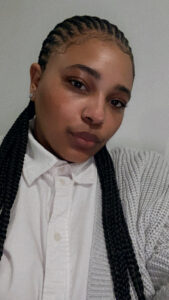 Alexia Roberts is the Administrative Assistant at the 11th Street Bridge Park. She is responsible for supporting administrative needs and directly contributing achieving organization and collaboration across the department. She is excited to work with the organization to help build more opportunities for the community.

Alexia enjoys helping others and giving back to the community. She spent the last 3 years of her career providing vital services to the homeless in short term family and single individual shelters here in Washington DC. She helped residents obtain an Identification card, social security card, birth certificate and helped them move into permanent housing. Not only is she passionate about making a difference in society, but she’s also changing lives.

Alexia is  attending Trinity College to obtain a bachelor’s degree in Human Relations.