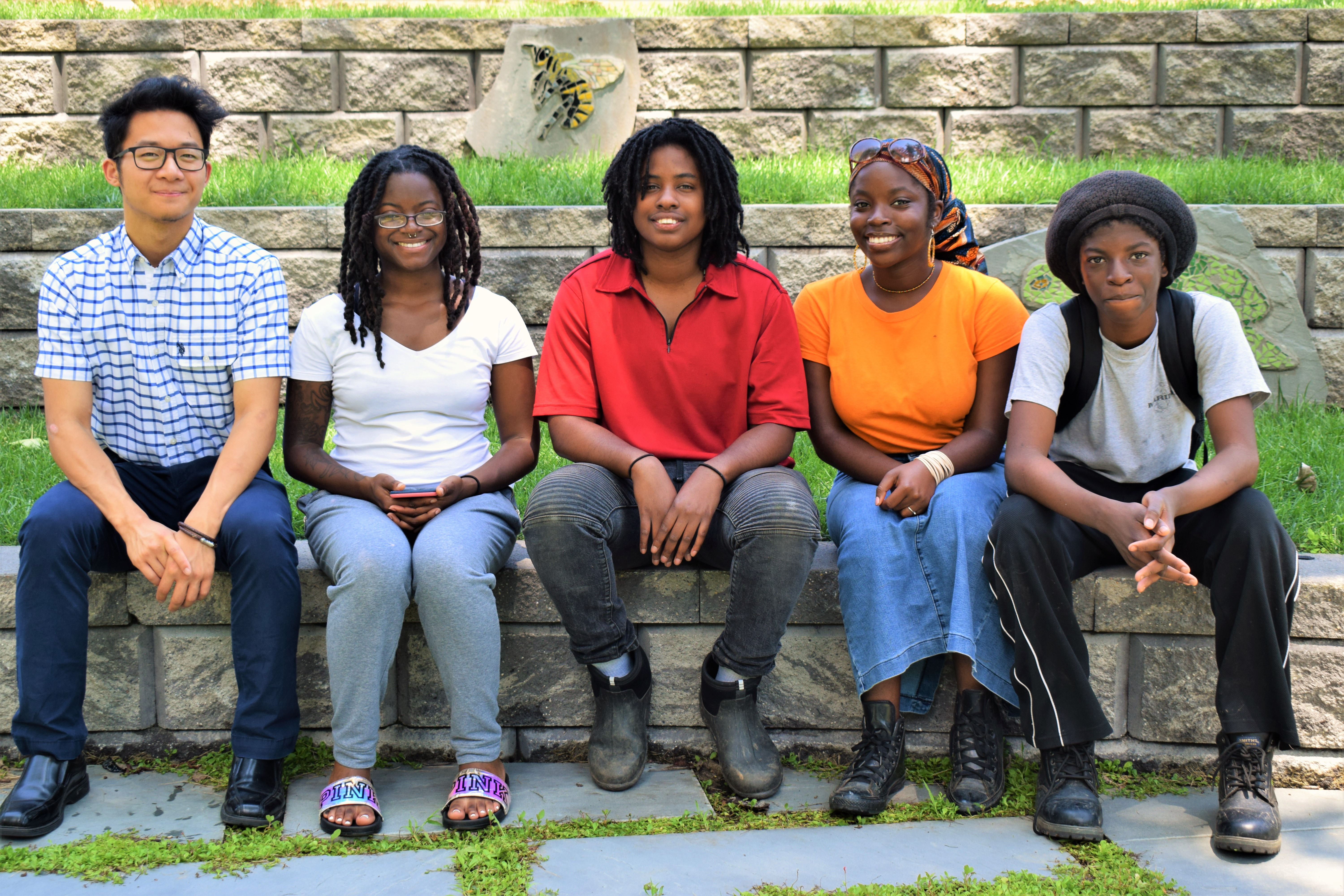 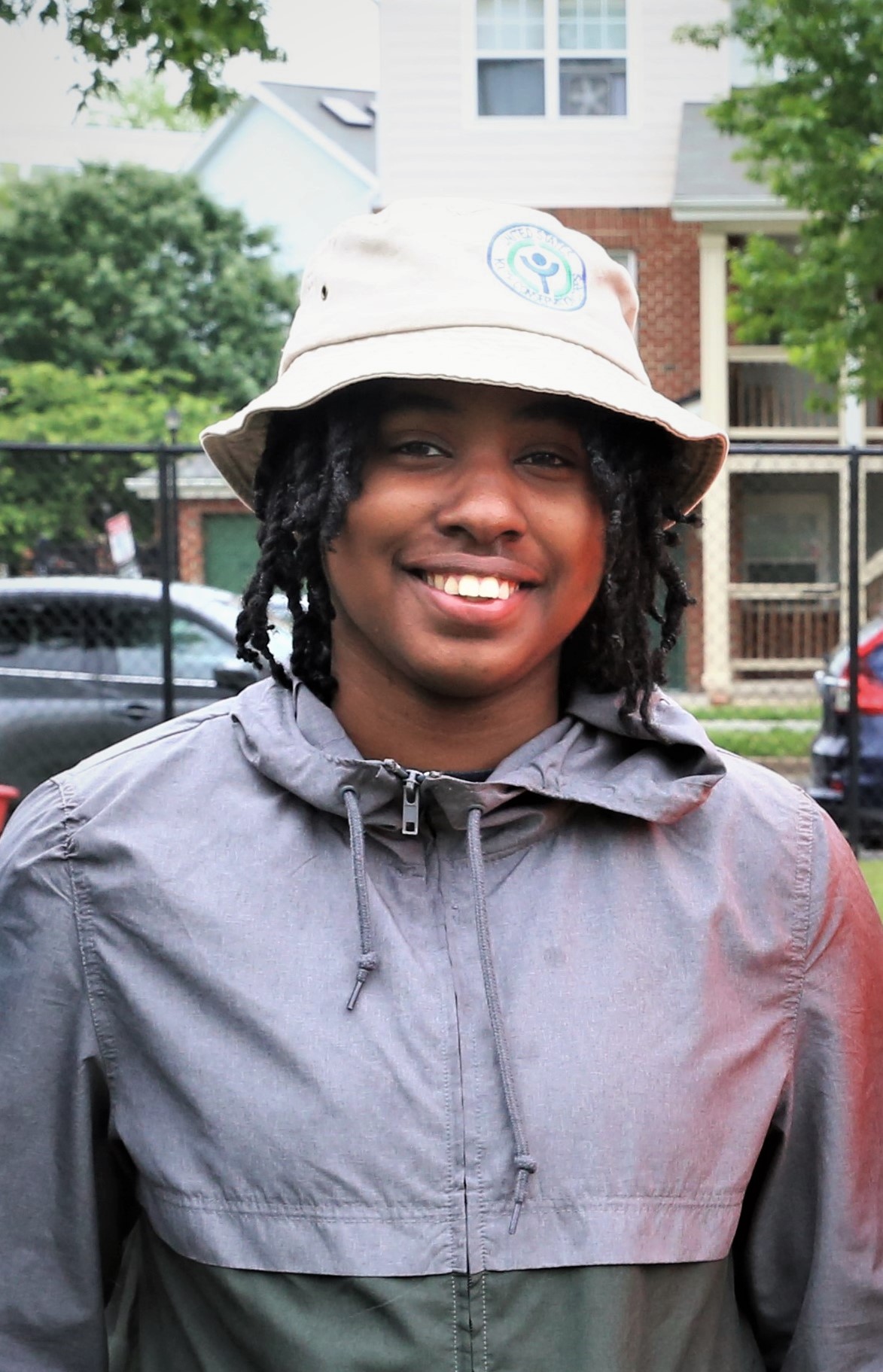 A huge outdoor enthusiast, Tatiana is an avid white water rafter, has worked at Yellowstone, and has gone on a 24 hour road trip from DC to Denver. Tatiana first got her hands into outdoor recreation through a local chapter of the Groundwork program here in South East, where she had started as a high school volunteer. She vividly remembers her first memory of the outdoors when Groundwork flew her out to Denver for their Youth Summit, just two weeks after she started volunteering. This was Tatiana’s first time flying in a plane and she was blown away by the mountains in Denver. As she describes it, “it was cool. I just fell in love with it, changed my life for real [. . .] Groundwork exposed me to the outdoors and I haven’t stopped since.”

Back from school where she is studying Outdoor Recreation, Tatiana is currently our Community intern at BBAR Farms, a position generously funded by Seeds of Change. She loves working on the farm as she gets to not only work with our awesome farm team, but also a chance to peacefully work outside. For her, being down on the farm really is like stepping outside the city, away from all the cars and people. But Tatiana also understands the importance of her work. She tells me about the impact of a farmers market providing fresh produce to the community.

It’s just nice to have a place where you can get fresh produce instead of having to run to like Giant, or Safeway, or Shoppers. I think that’s really nice, where it definitely serves the community and it’s at such a discounted rate it’s unbelievable. Like there’s family shares and single shares, and basically, you get all this fresh food for like $20, so it’s like kale, spinach, collards, peaches, apples, strawberries, and depending on what’s available, zucchini, squash, cucumbers, all that, at like a really discounted rate. […] And having the cooking classes here and showing people how to use this food, because sometimes you’re like, ‘Oh these are greens but what can I do with them?’ or like ‘These are herbs, but how do I cook them with my food?’ And having these classes available for people to actually know how to cook all this food, like what dishes to make, is cool, so they won’t let their food go to waste, because they don’t know how to use it. 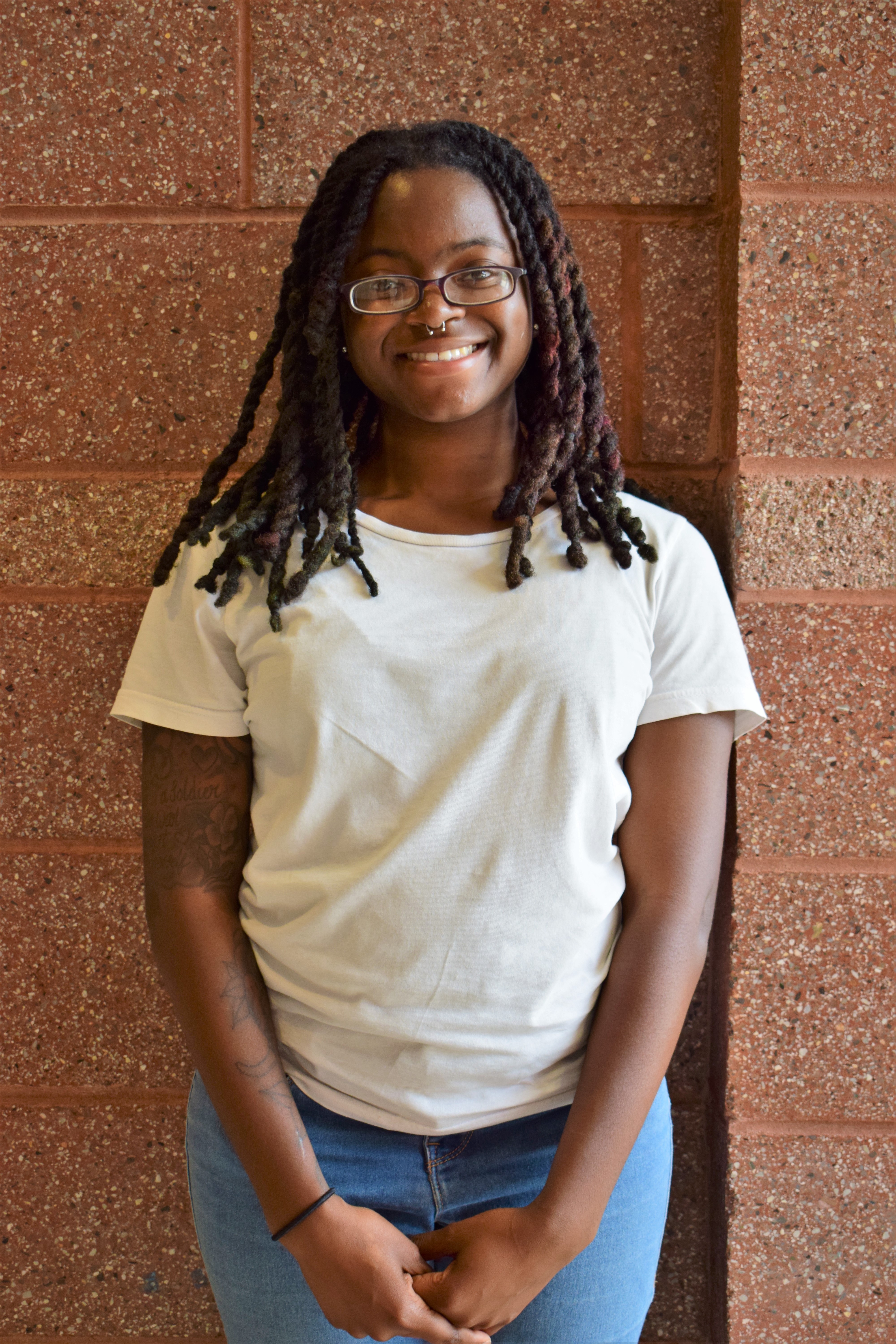 A proud local and self-proclaimed city girl, Asanté even has a tattoo of the 202 area code. Having lived in South East and Maryland, she says she feels at home here in South East, always wandering back to the place where something is always going on. Almost ready to head off to college, Asanté’s proudest accomplishment is graduating high school from Ballou High School. She plans to study nursing as well as minor in photography, a passion she discovered in high school. Taking a mass media class, Asanté has taken pictures at sporting events, weddings, and conferences. But her favorite event to photograph are football games, where you can find her right up close to the field, riveted to the game. It’s unsurprising that Asanté’s dad is a huge football fan, but she cheers for Green Bay while he supports Washington’s home team.

A typical day at Bridge Park for Asanté involves doing research and gathering data as well as updating various aspects of the website. But just a few months ago, Asanté was busy helping with the Anacostia River Festival, one of 11th Street Bridge Park’s biggest events. Not only did she interview the National Park Service outside by the river, but she also got to put her talents to use taking photos of the event. Asanté describes her experience getting to take part in planning the Anacostia River Festival: 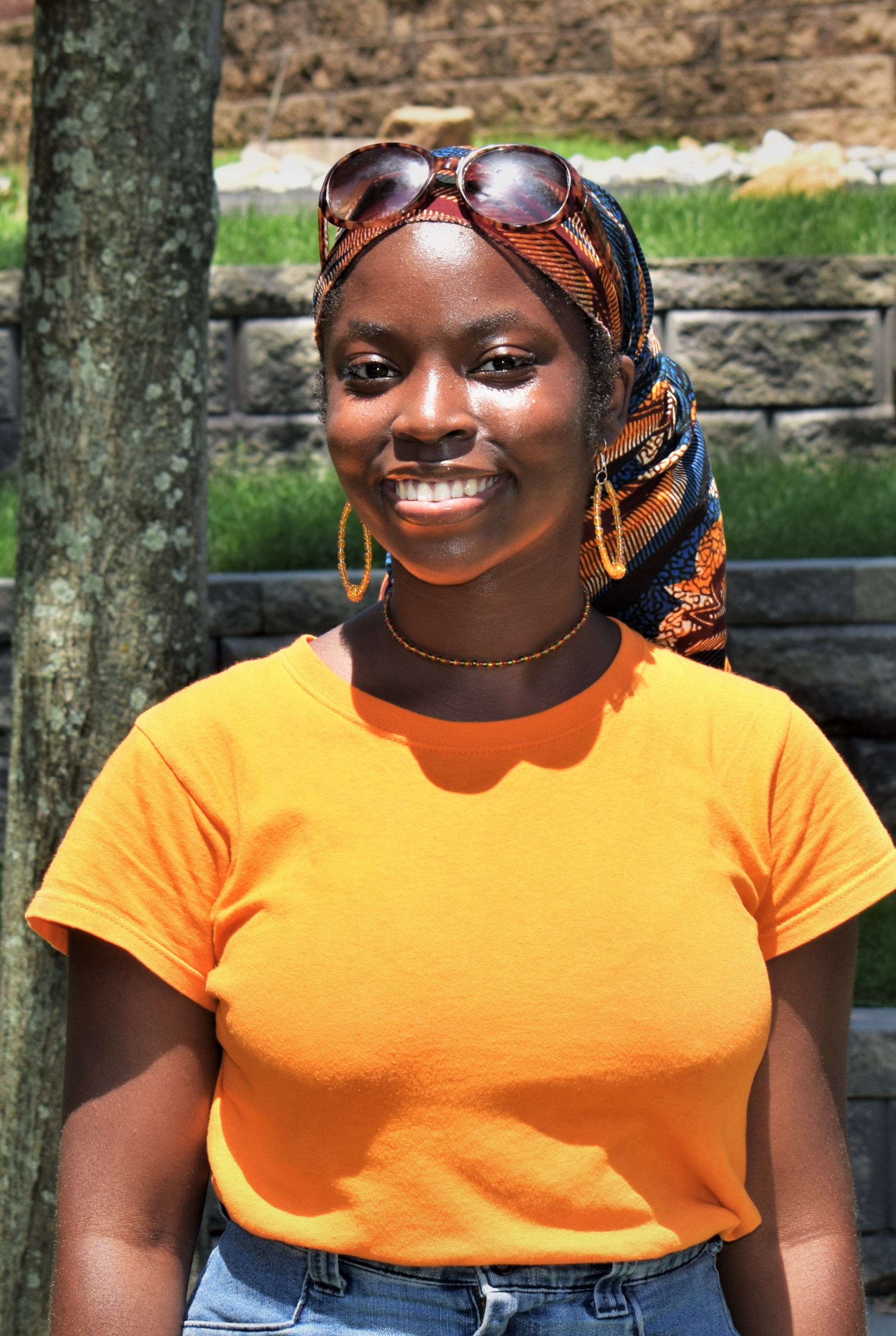 Returning for their fourth year at the Bridge Park Farms, Abigail and Adoniyah are the sibling duo currently working as our Summer Youth Program interns. They first learned about the farm as their mom gathered their groceries from the Community Supported Agriculture program (CSA) and they soon got involved volunteering on the farm. Their first year, they entered the farmer apprenticeship program where they learned about various farming techniques and culinary herbs. As the oldest of nine kids, Abigail and Adoniyah put this herb knowledge to use, cooking meals for their entire family. For them, the experience of learning and planting the crops draws them back to the farm. When they’re not busy planting, you can often find them relaxing by the creek that peacefully runs by the farm, a good spot to catch glimpses of wildlife.

Outside of the farm, Abigail and Adoniyah are both artists in their own rights. A young entrepreneur, Abigail started her own jewelry company when she was eleven, working now with her sister to produce earrings, bracelets, and necklaces. Her proudest moment is still having made her first sale, and she feels a sense of love and happiness whenever she sees someone wearing her work. Following in his father’s footsteps, Adoniyah is a budding photographer and you can find him taking portraits, self-portraits, as well as macro photos of plants and animals. Working on the farm is Adoniyah’s first job and he’s hoping to be able to save up enough to buy a new camera, but he’s also well versed in getting the most out of a smartphone camera. Adoniyah is also a dancer—come down to the farm to catch him grooving—and he hopes to start his own fashion line one day.

Back on the farm, Abigail and Adoniyah are currently working on a permaculture design for the old herb garden. After the culinary herbs were moved to the raised beds, they wanted to make use of the empty space as well as experiment with permaculture concepts. The idea now is to put in a heart design with a spiral that will include both herbs and flowering shrubs for the bees. Hanging out here on the farm, they recollect on the time they’ve spent here:

“Overall, my experience in this garden has been an enjoyable one and hopefully I can do it next summer. I’m looking forward to the rest of the weeks to come.”      —Abigail 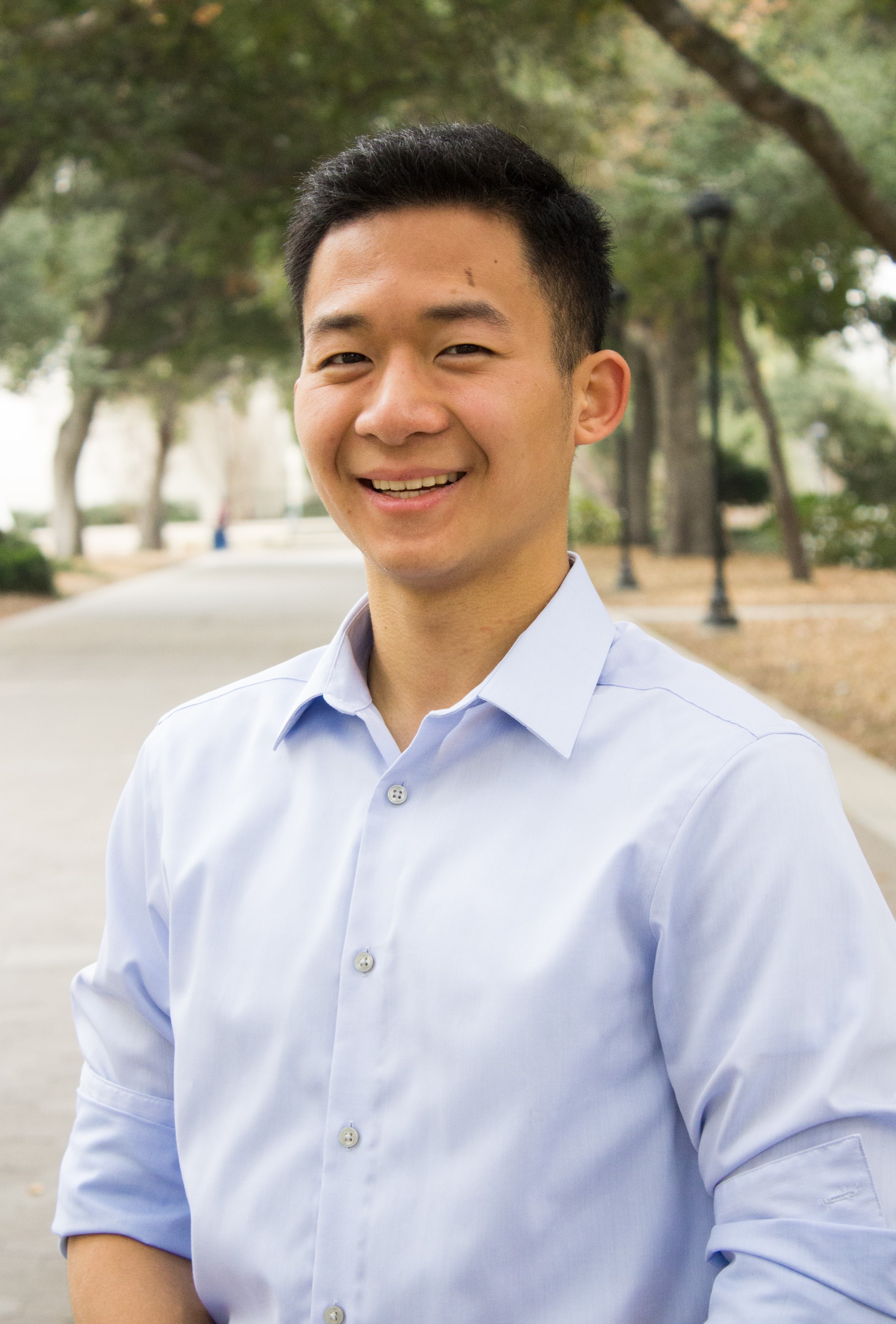 Growing up in Fairfax, public parks have always been a big part of Timothy’s life, whether it was hiking trails, playing frisbee, or just having a cookout. And having seen national parks and local parks throughout his life, he’s grown to appreciate how parks not only preserve our natural spaces, but also provide a space for people to learn and grow. Now in college, he still doesn’t quite know what he wants to study, but he knows he wants to do something related to the environment. It was during this past school year that he heard Scott Kratz give a talk about the 11th Street Bridge Park and hearing about the project’s commitment to equitable development blew Timothy away. Here was a plan that actually listened to the needs of community members, that actually aimed to provide a space for locals, and would not consist of outside development coming in and disrupting people already living here.

At Bridge Park this summer, Timothy has been talking with people working with Bridge Park and hearing their stories. As part of our Community Voices Campaign, he’s helping capture various perspectives and sharing them with the community, whether it’s documenting events at our sites or interviewing the farm team. Feel free to visit the Bridge Park blog as these stories roll out over the coming months. In working with the farm team, Timothy has also enjoyed learning more about the how BBAR farms help serve the needs of the community. Working as a compost driver at his college farm, he became interested in food waste and food justice, especially after learning about the Food Recovery Network at his school’s local chapter. Here in DC, Timothy has had the chance to see BBAR Farms’ work first hand in helping combat food deserts. Not only do the farms provide fresh produce through their CSA program, but they also host cooking classes to teach people how to use their produce. For Timothy, he thinks this is a great example of how the progress 11th Street Bridge Park has made apart from the physical park is all tied together for a common purpose. 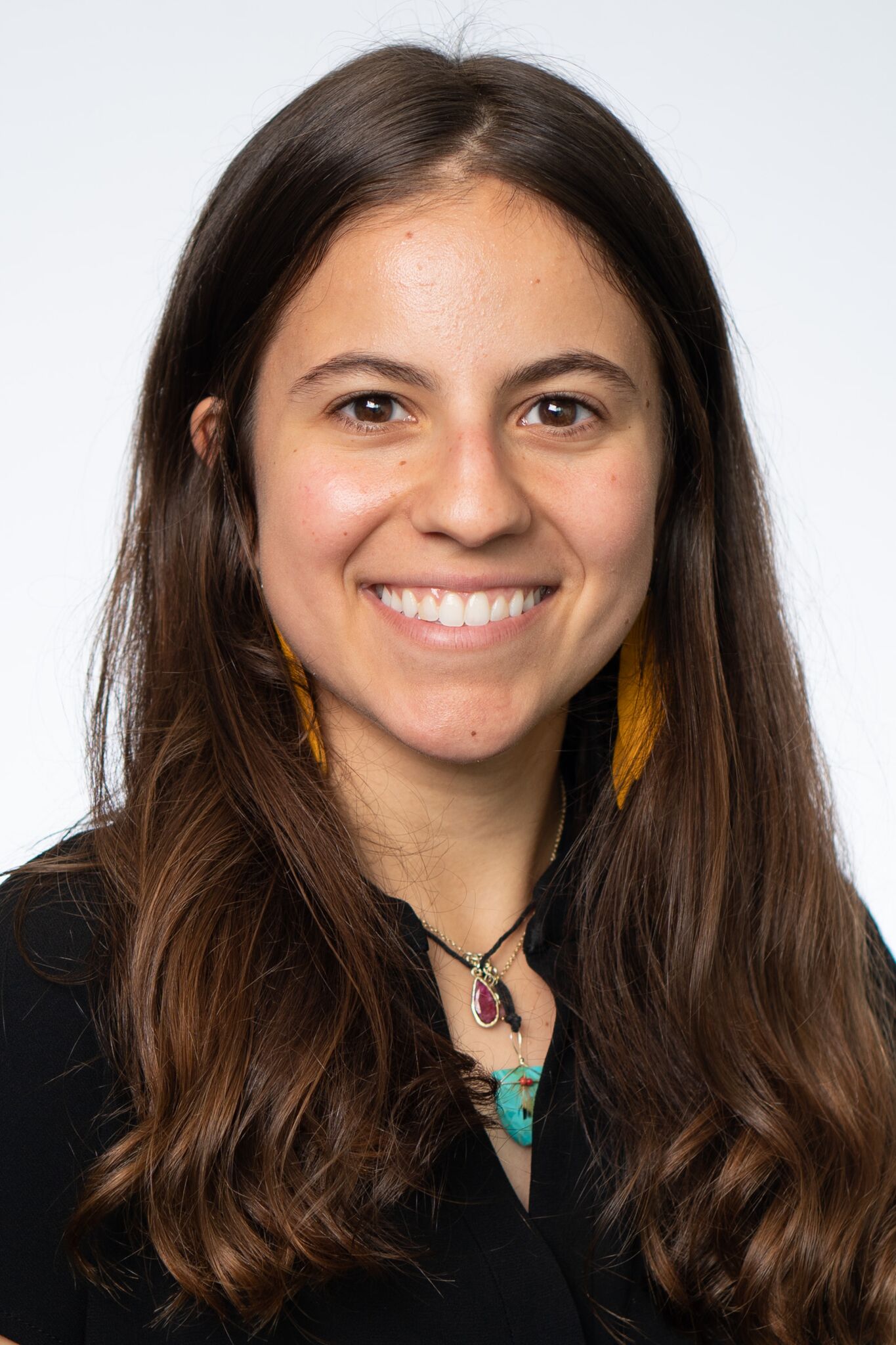 Hailing from Las Vegas, Eve has been volunteering with non-profits since middle school, and in high school, Eve decided she would start her own. Having always dreamed of improving her neighborhood, she came all the way to DC where urban planning piqued her interest. And it was one of these classes in urban planning geography that set off her journey to 11th Street Bridge Park. Working on a final project about Anacostia, Eve stumbled on the 11th Street Bridge Park project and was immediately obsessed. She says, “My favorite part was when I learned that when the bridge was planned,  they went into classrooms and told students to plan what their favorite or ideal bridge would be. And then they gave all the drawings to the architects and then that’s how the architects came up with the bridge and I just think that is like, too good to be true.”

Outside of work and class, Eve still remains committed to serving the community. Since freshman year, she has been helping at a garden that donates food to Miriam’s Kitchen. And on this very garden, she made the friends she’s currently working with to start a food cooperative for students attending George Washington University since the university lacks its own dining hall. After being inspired by a talk about food sovereignty, she and her friends are excited about the possibility of providing affordable meals to students through a students through a student-run co-op. After finishing school, Eve hopes to continue working for communities, though not necessarily through a non-profit. Always engaged with research and literature that interests her, Eve has been reading about social entrepreneurship—which aims to apply business ideas in order to develop solutions to social issues—as well as public-private partnerships, which draw together the public and private sectors to best serve the greater community. In the end, she tells me, “it’s an honor to be at the 11th Street Bridge Park. I always feel very lucky to be here.”