New Orleans owes its origins, history and culture to the mighty Mississippi River. Yet for much of the city, the river is cut off by high flood walls, train tracks, levees and old industrial yards. We’ve had the same challenges with Washington D.C.’s Anacostia River which is disconnected from nearby neighborhoods by freeways, train tracks and military facilities. But a fabulous new civic space aims to reconnect residents with the mighty Mississippi. 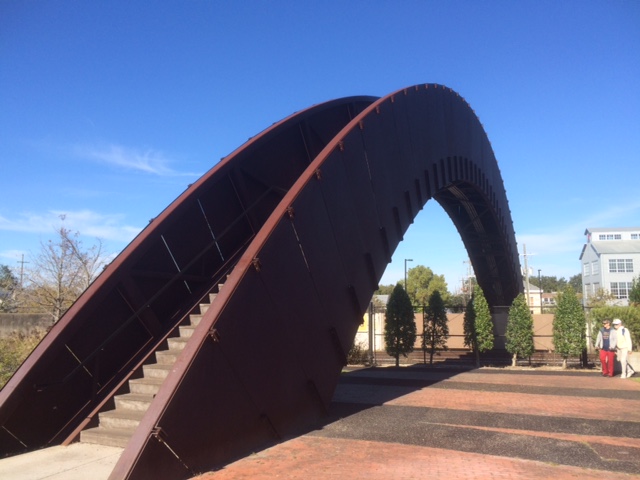 A Rusted Rainbow
On a recent trip to the Big Easy, I had the opportunity to explore Crescent Park – an old industrial site transformed into a delightful new series of gathering spaces along the river. One enters the park through a stunning curved bridge designed by David Adjaye who also designed the Smithsonian’s African American Museum of History and Culture on the National Mall. Nicknamed by locals as the “Rusted Rainbow” this crossing lifts visitors into the park over several active train tracks. 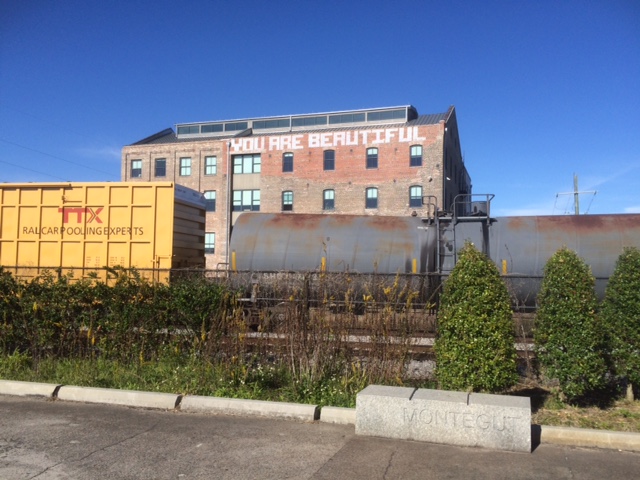 Art, Art, Everywhere
One lands in the park at a sweeping landscape of reeds that pull visitors into Piety Wharf – an intentionally half refurbished pier jutting out into the Mississippi River. Powerful words are cut into corten steel plates exploring COMMUNITY, COMMERCE and CULTURE. As you walk upriver, giant stone slabs mark the path with local street names providing a geographic orientation. Art is everywhere, from a giant “YOU ARE BEAUTIFUL” along the top of an old warehouse to Jennifer Odem’s “Rising Tables” framing a stunning view of downtown and declaring the powerful force of the river. 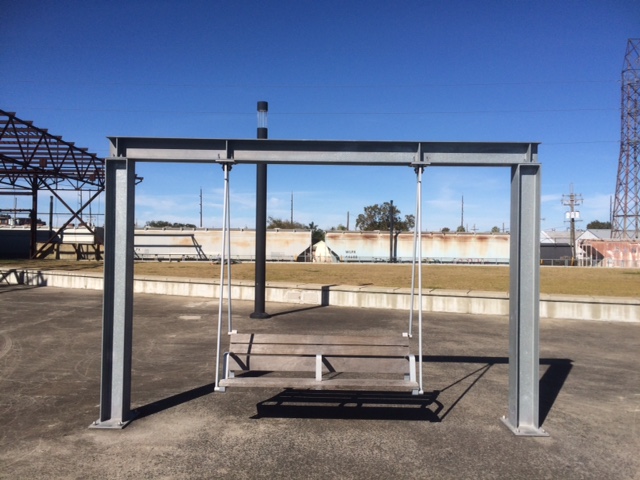 A City that Swings
A walking / biking path takes you to the Mandeville Shed, a former industrial wharf converted into an event space complete with swings made from steel i-beams. Visitors are encouraged to relax, sit for a spell and watch barges pushing cargo upriver as they have done for centuries. Regular art markets, outdoor film screenings, dancing and concerts activate the Shed with the nearby downtown skyline framing the background. Another sweeping pedestrian bridge designed by architect Michael Maltzen returns you to the Bywater neighborhood. 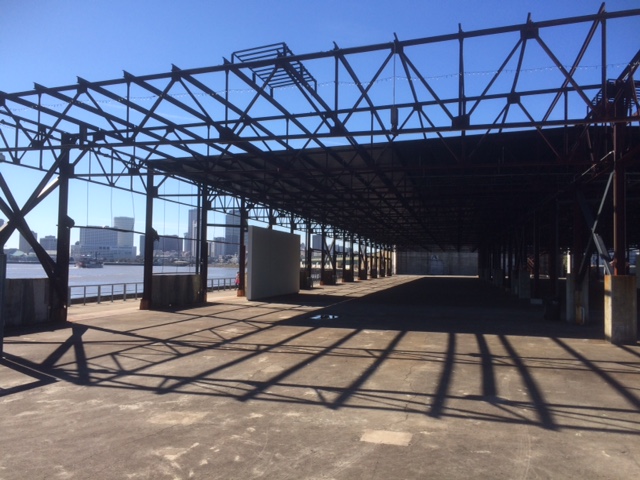 n inspiration to see how cities across this country are re-connecting residents with their waterfronts while creating new civic spaces for people to gather, reflect and celebrate. In a few short years we’ll be able to show off a community driven park over the Anacostia transforming an aged out freeway into our very own 11th Street Bridge Park.