Since the beginning of time, cities grew along rivers. From the ancient Sumerian civilizations along the Euphrates to Paris along the Seine and New York on the Hudson, rivers provided a ready source of power and easy transportation corridors. Richmond, Virginia developed in a similar way as it sits at the fall line of the James River and was an early trading post for Native American inhabitants. Industry sprang up along the river with mills, an extensive canal system and the Tredegar Iron Works factory, the largest factory in the Confederacy during the Civil War. In the twentieth century, we turned our backs to these watersheds as they became polluted and ignored.

Thankfully, we are once again embracing our waterfronts which I noticed during a recent trip to the Virginian Capital. I started my exploration at the Belle Island Pedestrian Bridge which brilliantly utilizes the space underneath a freeway bridge. 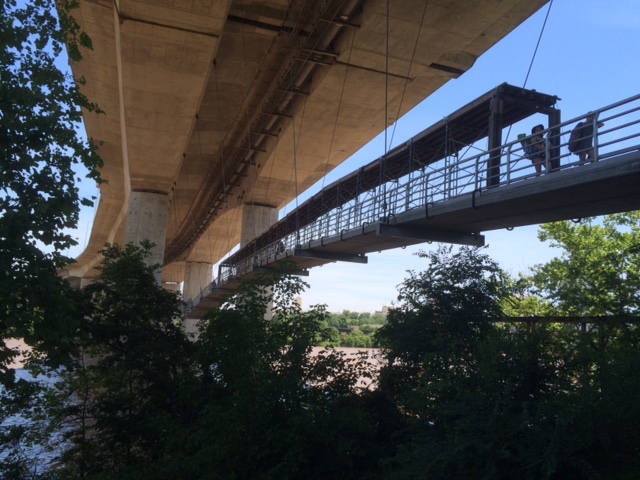 First opened in 1991, this walkway is suspended with cables under the Lee Bridge and was packed with hikers, joggers and bikers.  This inventive path also serves as a larger connector to the James River Park System taking visitors to the popular Belle Isle featuring rock climbing, diverse wildlife and accessible fishing spots. Similarly, the 11th Street Bridge Park will also connect to a constellation of trails up and down the Anacostia River including a bike path that will soon take visitors all the way to Bladensburg, MD.

Downriver, one finds the Tredegar Iron Works factory, administered by The American Civil War Museum featuring civil war artifacts and ranger led tours. History isn’t confined to the 19th century buildings though. Out on the river, the Dam Bridge features the 1865 Exhibit marking one of the most dramatic moments in Richmond’s history. With the approach of Union troops, the Confederate government and their supporters evacuated across the river while slaves gained their freedom. Metal planks in the bridge serve as historical markers with quotes from Richmond residents and generals alike. The Bridge Park will also use art to highlight the rich history of the region including the nearby Navy Yard and our most famous resident Frederick Douglass who crossed the Anacostia every day on his way to work. 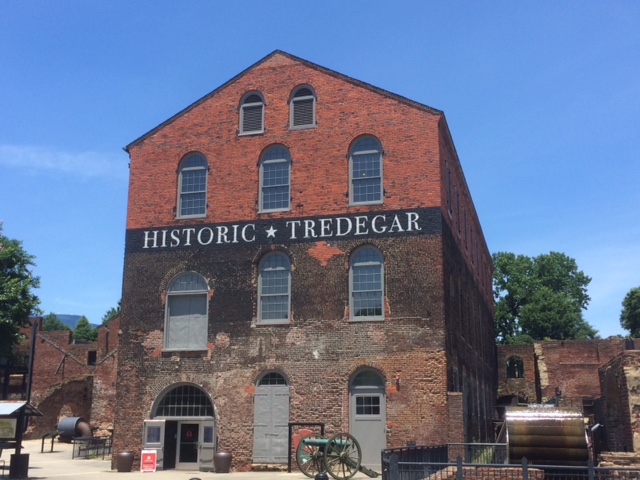 The future of Richmond’s waterfront looks bright including plans for their own Bridge Park transforming old piers into a public park (sound familiar?) We can learn much from neighboring city to the south. One of the reasons why Washington was selected as our nation’s capital is because it sits at the confluence of the Potomac and Anacostia Rivers, yet until recently we have not defined ourselves as a river city. That is beginning to change with packed concerts at Yards Park, a beautiful Georgetown waterfront park and the giant construction site that will soon become The Wharf. Through our annual Anacostia River Festival, art installations and the future Bridge Park, we look forward to playing our part in re-discovering the mighty Anacostia.