When I was a kid, my favorite activity when visiting new places was finding a neighborhood and pretending that I lived there. I would scope out the local grocery store, find my “place of residence,” a playground or two, and imagine what it would be like to live in that space. After I decided to be an urban planner, I realized my initial interest in the built environment began during those family trips. Those imaginative games are one of many reasons I was drawn to the Equitable Development position at 11th Street Bridge Park as well as the project itself. A project that is re-imagining a structure that was initially created to divide and reframing its existence as a place that can foster and strengthen social capital, increase equitable access to resources while mitigating displacement of brown and black communities through a myriad of equitable strategies.

When I was a teacher, I was able to glimpse into how my students and their families lived within their personal and public spaces: how they worked with and against the labels and identities assigned to them.  I very quickly found that the environment in which people are raised significantly influences their social experiences and life outcomes. In Houston, I taught on the southwest side of the city, in the Gulfton neighborhood. Gulfton had limited public transportation options: unless one owned a car, accessing the neighborhood centers, grocery stores that sold fresh produce, and public parks was very difficult. Due to the high crime rate in the neighborhood and poor bike and pedestrian infrastructure, it was often too dangerous for my students to walk the long distances it took to get to these communal spaces without guardian and/or adult supervision. Not only did Gulfton lack accessibility to resources, but it and communities like Gulfton, were severely impacted by natural disasters, such as flooding due to poor irrigation and impervious surfaces. More so than their affluent counterparts.

What needs to be done to rectify the atrocities that were committed to brown and black communities, like Wards 7 and 8, throughout our country’s history? How do we prevent displacement and other life changing impacts that can come from development, and how do we keep those same communities affordable for its residents without fear of being pushed out?

I don’t have the answers to these questions, but I am extremely enthusiastic to be a part of an organization that is active and intentional in working with the community it serves and other organizations to find the answers. 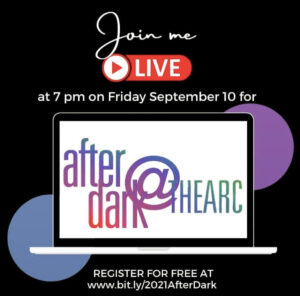