Bridge Park’s 2016 was a year where we prioritized EQUITY and made incredible progress to move the project forward. Take a walk back in time to relive a few of our favorite highlights! 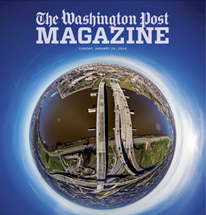 In January, the Washington Post Magazine featured a cover story about the 11th Street Bridge Park’s Equitable Development Plan. The article described this effort as a national model for how we can act intentionally and early to continuously benefit local residents and create a stronger community.

In partnership with the affordable housing provider MANNA, we launched a monthly Ward 8 Home Buyers Club in February. To date we’ve seen 72 participants attend these workshops and 25 residents are now mortgage ready!

April meant it was time for our second annual Anacostia River Festival presented with the National Park Service in partnership with the National Cherry Blossom Festival and with lead support by Bloomberg. This year’s program welcomed nearly 8,000 visitors to the banks of the Anacostia and featured an 80-foot floating dock, music performances and hands-one activities by over 30 non-profit partners. 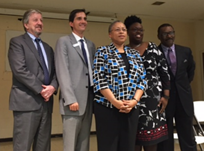 It was our great honor in May to stand on stage with leaders from Local Initiatives Support Corporation (LISC) when they announced their Elevating Equity Initiative, a $50 million investment to help realize our Equitable Development Plan. To date LISC has already committed over $5 million to help renters purchase their apartment building, support home repairs for seniors and help fund cultural programming. In May we also announced a generous $1 million gift to our capital campaign from local philanthropists!

In June we kicked off monthly community walking tours of the future park site. Over 30 neighbors joined us at the Anacostia Arts Center followed by a stroll down to the river. These events were so popular that we’ll continue them starting in March next year.

Working with Ward 8 art leaders and our partners at Washington Performing Arts, we kicked off an East of the River Film and Music Series in July. Programming included screenings of Purple Rain, Sister Act 2 and He Got Game across the great Ward 8.

We continued to implement our Equitable Development Plan in August by supporting weekly tenant rights workshops led by Housing Counseling Services. Over 80 residents have participated from Wards 6 and 8.

In September, over 300 folks converged along the Anacostia River to participate in our Lantern Walk – a collaboration with the 11th Street Bridge Park’s Arts Task Force, Anacostia Arts Center, ArtReach at THEARC, Capitol Riverfront BID, The Phillips Collection, Smithsonian’s Anacostia Community Museum, Ward 8 Arts & Culture Council, We Act Radio and Washington Performing Arts. We strolled from The Yards Park to the Anacostia Arts Center stopping along the way for musical performances and a blessing by the African Heritage Dancers and Drummers. What a magical evening! 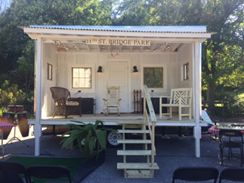 October saw the launch of the Mobile Porch at Frederick Douglass Family Day in historic Anacostia. The Mobile Porch is a collaboration with Double Nickels Theatre Company and will feature stories from the neighborhood throughout next year. We can’t wait!

Earlier in the year we partnered with communities of faith on both sides of the river and the University of the District of Columbia to build four “Bridge Park Plots” or urban farms in underutilized spaces. By November we harvested a total of 750 lbs. of fresh food from these gardens. In 2017, we’ll expand to another three gardens. 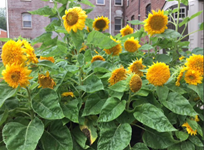 And that brings us to December. As we wrap up an exciting and busy year providing meaningful and rich cultural programming to District residents and investing in the nation’s capital, please consider making a tax-deductible donation to support this work. You can do so on our secure website here.

Thank you very much for being a Bridge Park Champion and for BRIDGING DC!