On June 10, 2014, our four final design teams selected as part of our national design competition gathered near the Navy Yard for a day of intensive discussions and presentations. The goal of the day was to relay as much knowledge about the 11th Street Bridge Park and its surrounding context to so that the designers’ final renderings reflect local stakeholders ideas and suggestions. With everyone together in one room, this day presented a unique opportunity to bring in a wide variety of speakers to share their expertise and provide a comprehensive project overview as it relates to the Anacostia River, new and existing transportation infrastructure and economic development. Here’s a brief synopsis:

Patricia Zingsheim, Washington, D.C. Office of Planning: Patricia detailed the goals of the Anacostia Waterfront Initiative, a 30-year plan that aims to revitalize and redefine the Anacostia Waterfront. As former Mayor Anthony Williams, the driving force behind the creation of the AWI, said: “We can make the river that once divided us a symbol of our unity and the engine of a thriving waterfront.” 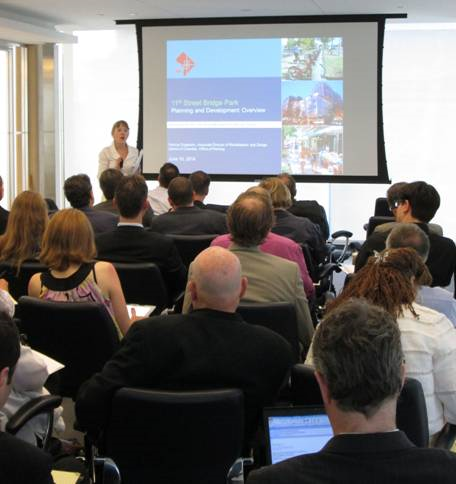 Joseph Dorsey, District Department of Transportation: Joe briefed the group on the Anacostia streetcar line and outlined potential routes—one of which will be located on the 11th Street local bridge connecting communities east and west of the Anacostia River. He also provided an update on the South Capitol Bridge project, a major transformative undertaking occurring just over a mile downstream from the site of the future 11th Street Bridge Park. 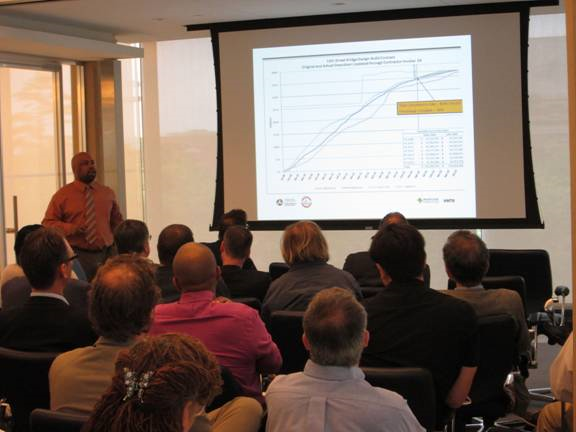 Gopaul Noojibail, National Capital Parks—East: Gopaul explained the instrumental role the new Anacostia Park management plan will play in transforming the park into a community, citywide, and national resource. He challenged designers to consider how to connect and integrate the 11th Street Bridge Park and Anacostia Park in a way that furthers the goals of each space. 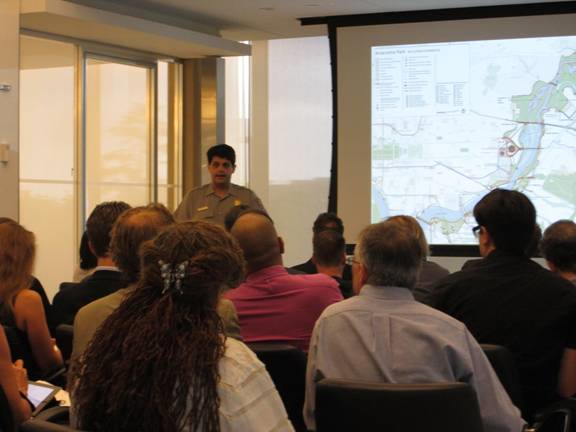 Gopaul Noojibail, Acting Superintendent of National Capital Parks—East, outlined the resources available in Anacostia Park and the conservation efforts NPS is taking to preserve them

Stockton Williams, HR&A Partners: Emphasized the potential of the 11th Street Bridge Park to serve as a catalyst for economic development through its appeal as both a local fixture and a tourist attraction. Extensive thought is being put into how this bridge can be an anchor for new businesses benefiting the local community.

Jason Bonnet, Forest City: Jason led a walk around Forest City’s Yards development and shared the thought process behind this bustling new neighborhood and future planned growth. He also shared takeaways from Yards Park that could be helpful to the creation of the 11th Street Bridge Park. 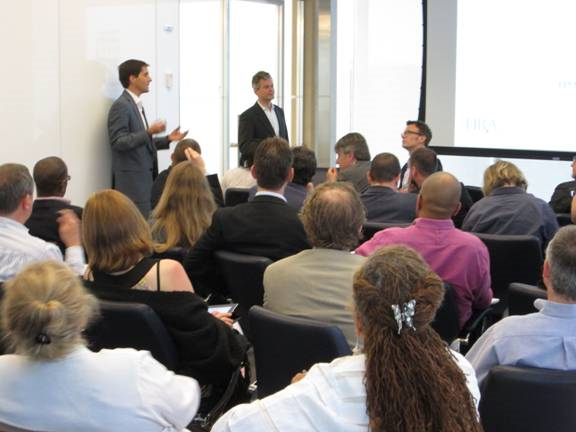 As several designers remarked, this was an incredibly rich day; not only were a great breadth of organizations represented in the room, every entity present is committed to the success of the 11th Street Bridge Park and, perhaps most importantly, are excited to make this vision a reality. From community members to the local, and even the federal, government, the enthusiastic support for this project is electrifying; we could feel it in the room on Tuesday! 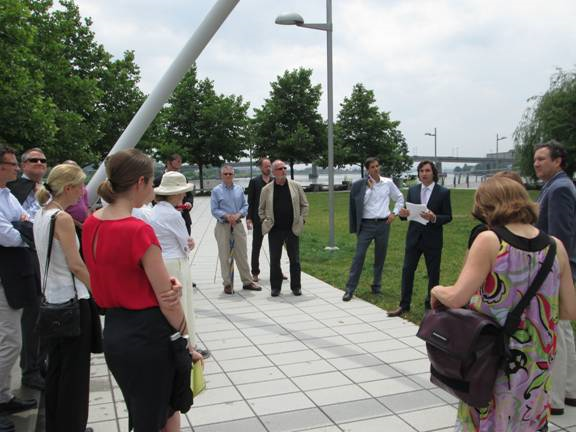 Now comes the creative work from our four talented design teams. The teams will meet twice more with our Design Oversight Committee this summer for feedback from the community and local stakeholders. Final designs will be submitted in September and exhibited on our website, at the Smithsonian Anacostia Community Museum and the District Architecture Center.